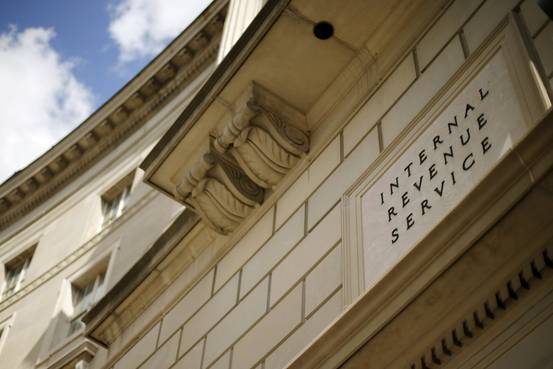 As the political punditry conducts their postmortem analyses of this month’s election, it is clear that same logic held true nearly a quarter of a century later: Americans are tired of sluggish growth and weak job creation — and this year voters believe President-Elect Donald Trump is the man to deliver change.

Regardless of where one stands on some of the controversial positions Trump espoused during the campaign season (and there were many), his election promises to usher in a wave of economic reform. Trump’s “Contract with the American Voter,” which outlines priorities for his first 100 days in office, indicates the president-elect will work with Congress to enact comprehensive tax reform, an issue that’s long overdue.

Thirty years have passed since the U.S. tax code was last revised. During that time, our economy has become increasingly complex and dynamic. Many provisions that made sense in 1986 no longer have relevance today and actually discourage business activity.

By the same measure, patchwork solutions to address modern realities have created a complicated thicket of rules and regulation, which not only put an unnecessary burden on taxpayers, but also allow for subjectivity and politicization.

Consider, for example, traditional energy producers. Some lawmakers have sought to selectively repeal provisions that allow businesses to deduct legitimate operating expenses solely for oil and natural gas producers, even though the same provisions are widely exercised by most industries.

Policymakers pitch these punitive measures as cutting off “subsidies” to Big Oil. But that’s not the case at all. In truth, these efforts are a thinly veiled ploy to use the U.S. tax code to advance political ideology, which is never how the tax system should operate.

Even while they bemoan so-called “subsidies” to traditional energy, some lawmakers are now trying to attach extensions of tax credits (which are subsidies) for renewable energy to legislation to be heard in the lame-duck session.

Earlier this year, Sen. Ron Wyden (D-Ore.), the ranking member of the Senate Finance Committee, began a push to include four renewable energy tax credits due to expire in December to Federal Aviation Administration funding legislation.

The proposal was met with opposition, and rightfully so. The tax credits would cost American taxpayers $1.4 billion over a decade. Worse still, their consideration would open the door to piecemeal negotiation over similar tax provisions, which ultimately could complicate, delay or even upend serious efforts to achieve comprehensive tax reform.

The public cannot afford to let political partiality stand in the way of serious reform efforts.

Last December, Congress reached an agreement that addressed tax extenders. The deal was signed into law by President Obama with the Protecting Americans from Tax Hikes Act. The law resolved issues over tax credits, clearing the road for broader tax reform. As Rep. Charles Boustany (R-La.) explained, those provisions that were left on the cutting room floor “were left out for a reason.”

Rekindling that debate will only put off the tax reform Americans need.

Senate Majority Leader Mitch McConnell (R-Ky.) hasn’t determined whether Congress will consider the proposed extensions, telling reporters last month, “We are committed to taking a look at that.” This month, however, he backtracked, saying, “I’m not sure we are doing extenders. … I don’t know the answer to that.”

Congressional leaders should use no uncertain terms to make clear they will not allow controversial and costly tax extenders — which have already been addressed — to obstruct much-needed tax reform before it ever gets started.

McConnell should stand with those in his party, like Speaker Paul Ryan (R-Wis.), to follow through on their intent to address any tax extensions as a component of a comprehensive reform package.

The pieces are finally aligned inside the nation’s capital to achieve comprehensive, industry-neutral tax reform. With Trump, lawmakers have a promise they will have a partner in the White House to move a serious package past the finish line. They have a good starting point in Ryan’s “A Better Way” blueprint to lower rates, simplify the tax code, uniformly eliminate loopholes and prohibit the federal government from playing favorites.

To be sure, a final agreement will still require both sides of the aisle to come to the negotiating table, work together and to make concessions. Piecemeal approaches over tax extensions will only complicate that work.

Congress should shelve tax extenders until after Jan. 20, and work with the Trump White House to finally complete a comprehensive tax reform package.

Pınar Çebi Wilber, Ph.D., is a senior economist at the American Council for Capital Formation, a nonprofit, nonpartisan organization advocating tax, energy and regulatory policies that facilitate saving and investment, economic growth and job creation. Follow her on Twitter @DrCebiWilber.