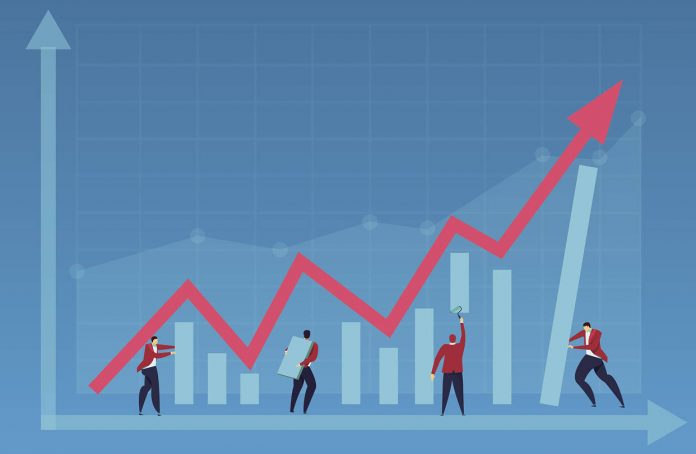 In a November 25 letter to Treasury Secretary Steven Mnuchin, ACCF Scholars including Michael Boskin, Douglas Holtz-Eakin, Glenn Hubbard, Harvey Rosen, and John Taylor joined several other leading economists to make the case that the Republican tax reform bills could boost GDP 3% to 4% long term by reducing the cost of capital.

The present debate over tax reforms proposed by President Trump’s administration and embodied in bills that have passed the House of Representatives and the Senate Finance Committee has raised the basic question of whether the bills are “pro-growth”: Would the proposals raise current and future economic activity and generate federal tax revenue that would reduce the “static cost” of the reforms? This letter explains why we believe that the answer to these questions is “yes.”

Economists generally think of fundamental tax reform as a set of tax changes that reduces tax distortions on productive activities (for example, business investment and work) and broadens the tax base to reduce tax differences among similarly situated businesses and individuals. Fundamental tax reform should also advance the objectives of fairness and simplification.

The quest for such fundamental tax reform has been pursued by policy makers and economists for decades. Examples include the Tax Reform Act of 1986, proposals for reducing the double taxation of corporate equity by the Treasury Department and the American Law Institute (enacted in part in 2003), the “Growth and Investment Plan” from President George W. Bush’s Advisory Panel on Federal Tax Reform, and arguments from President Obama’s administration to lower corporate tax rates. The proposals emerging from the House, Senate, and President Trump’s administration, fall squarely within this tradition.

There is some uncertainty about just how much additional investment is induced by reductions in the cost of capital, but based on an extensive body of scholarly research, many economists believe that a 10% reduction in the cost of capital would lead to a 10% increase in the amount of investment. Simultaneously reducing the corporate tax rate to 20% and moving to immediate expensing of equipment and intangible investment would reduce the user cost by an average of 15%, which would increase the demand for capital by 15%. A conventional approach to economic modeling suggests that such an increase in the capital stock would raise the level of GDP in the long run by just over 4%. If achieved over a decade, the associated increase in the annual rate of GDP growth would be about 0.4% per year. Because the House and Senate bills contemplate expensing only for five years, the increase in capital accumulation would be less, and the gain in the long-run level of GDP would be just over 3%, or 0.3% per year for a decade.

Is this estimate of the growth effect realistic? According to one leading model using an alternative framework, the proposal would increase the U.S. capital stock by between 12% and 19%, which would raise the level of GDP in the long run by between 3% and 5%. Yet another model, this one used in the analysis of the “Growth and Investment Plan” in the 2005 President’s Advisory Panel on Federal Tax Reform, found that a business cash-flow tax with expensing and a corporate tax rate of 30% would yield a 20.4% increase in the capital stock in the long run and a 4.8% increase in GDP in the long run. More conservative estimates from the OECD suggest that corporate tax changes alone would raise long-run GDP by 2%. In short, there is a substantial body of research suggesting that fundamental tax reform of the type being proposed would have an important effect on long-run GDP. We view long-run effects of about 3% assuming five years of full expensing, and 4% assuming permanent full expensing, as reasonable estimates.

Another advantage of the corporate rate reduction embodied in the House and Senate Finance bills is that it would lead both U.S. and foreign firms to invest more in the United States. In addition, U.S. multinational firms would face a reduced incentive to shift profits abroad, which would raise federal revenue, all else equal.

In the foregoing analysis, we assumed a revenue-neutral corporate tax change. Deficit financing of part of a reduction in taxes increases federal debt and interest rates, all else equal. For the House and Senate Finance bills, this offset is likely to be modest, given that the United States operates in an international capital market, which means that the impact of changes in interest rates resulting from greater investment demand and government borrowing are likely to be relatively small.

The House and Senate bills also contemplate a number of individual tax provisions that can affect economic activity and incomes. In recognition of the fact that non-corporate business income is substantial in the United States, both bills would reduce taxation of non-corporate business income and increase the amount of capital expensing allowed. While difficult to quantify, as the bills specify different effective tax rates, these provisions would increase investment and GDP above the level associated with the corporate tax changes discussed above. Also on the individual side, both the House and Senate bills reduce marginal tax rates on labor income for most taxpayers, increasing the reward for work. Increases in labor supply, in turn, increase taxable income and tax revenues. One should note, however, that some taxpayers would face increases in effective marginal tax rates because of base-broadening features of the bills, such as limits on the federal tax deductibility of state and local income taxes. On balance, though, we believe that the individual tax base broadening embodied in the proposals would enhance economic efficiency by confronting most households with lower marginal tax rates. In addition, fairness would be served by reducing differences in the tax treatment of individuals with similar incomes, and simplification by reducing the number of individuals who itemize for federal tax purposes.

Confirming a Pro-Growth Objective Is Important for the Path Forward

You have consistently stressed that the objective of tax reform should be to enhance prospects for increased economic growth and household incomes. We agree with this objective, which is consistent with the traditional norms of public finance going back to Adam Smith. We believe that the reforms embodied in the House and Senate Finance bills would achieve this objective. The increased growth, in turn, would lead to greater taxable income and federal tax revenues, which would reduce the static cost of lost federal tax revenue from the reform.

We hope these analytical points of support for the growth effects of tax plans being discussed are useful to you and to the Congress as you complete the important economic task of fundamental tax reform. We would be happy to discuss our conclusions with you at your convenience.

Biden Can Whip Inflation and Build Back Better