Home Tax Policy Expand funding for the IRS, but not its duties 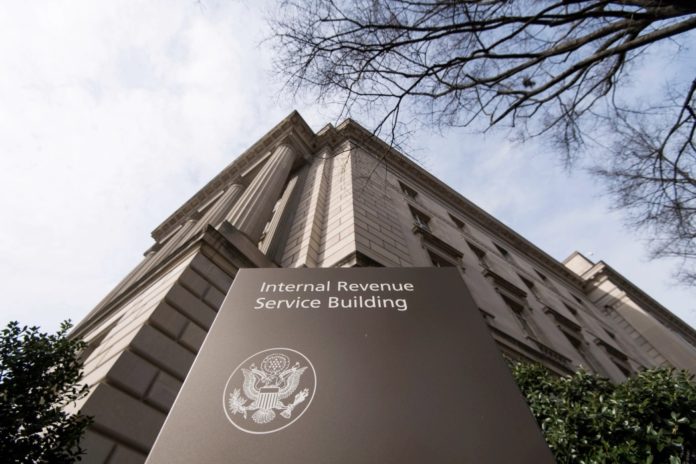 Among the White House infrastructure proposals is a plan to increase tax enforcement and collections, which would require increased funding in the budget for the Internal Revenue Service. Not surprisingly, battle lines are being drawn around the proposal based on conventional partisan rhetoric.

Setting politics aside, however, it is important to analyze the mission and challenges facing the IRS within the context of good governance, economics and business. In my recent report, I try to do just that by looking over existing evidence on how the IRS has been performing its core functions over the years and how the recent pandemic has impacted its work performance. And in a number of ways, the IRS has been completely hamstrung in its ability to perform core functions.

At the heart of the problem is obviously the agency’s shrinking budget and the decline in staff levels. According to the Congressional Budget Office, over the past decade, the IRS’ inflation-adjusted budget has decreased by 20 percent, coinciding with an elimination of 22 percent of its staff. At the same time, the agency’s workload has grown due to an increasing population, varying sources of income and a more global economy. This does not even factor in the continuous tweaks or major changes to the tax code (such as the 2017 tax reform law) that require a significant amount of work at the IRS. These were the usual pre-pandemic headaches. The pandemic has hit the IRS with additional duties, such as the distribution of three rounds of stimulus checks.

All these factors collided and turned into a perfect storm. The most obvious problem everyone likes to highlight is revenue collection and enforcement. Over the years, enforcement has really suffered and, according to the CBO report, “the amount of funding and staff allocated to enforcement activities has declined by about 30 percent since 2010.” This has contributed to a tax gap of $584 billion in 2019 according to the most recent Treasury estimate and that gap is expected to grow to $7 trillion over next decade, about 3 percent of U.S. GDP. Given the calls for increasing tax rates on corporations and high-income individuals, collecting current tax liabilities and reducing or eliminating the tax gap seem to be a more efficient and less economically distortionary action the Biden administration can pursue to fund its priorities.

Other areas that people pay less attention to, but are still importanct, are taxpayer services, operations support and business system modernization. Taxpayer services is basically the “client facing” side of the IRS and in some senses probably eases the IRS’ job at the backend by answering calls and assisting the taxpayers along their tax filing journey, possibly minimizing mistakes. As expected, taxpayer services has also suffered due to shrinking budgets, and it took a big hit last year due to the pandemic. According to the national taxpayer advocate, “In Fiscal Year 2020, the IRS received 100.5 million telephone calls. Employees answered only 24 percent of those calls, with hold times averaging 18 minutes. Put differently, IRS employees did not answer more than 75 million telephone calls from taxpayers seeking help in complying with their tax obligations.”

The situation is not much better for operations support and business system modernization. The quick transformation to a digital world has also changed the IRS. As of Nov. 20, 2020, 91 percent of individual income tax returns were filed electronically. That also means that a significant amount of personal information is sitting on the IRS servers, which could spell trouble in case of security deficiencies. For example, increased identity theft in the U.S. required the IRS to tighten its taxpayer authentication system to ensure that refund payments are made to legitimate taxpayers. However, a recent Government Accountability Office study reports that at least $12.2 billion of identity theft tax refund fraud was attempted in 2016 and that $1.6 billion was actually paid out to fraudsters. The IRS’ outdated legacy information technology systems could also be a big headache in the face of increasing data transfers both domestically and globally.

Given the shortcomings in all these areas, the administration’s request for increased funding for the IRS is not out of place. Everyone should probably ask the following questions: Do we have an agency with a specific mission? Do we want this agency to function efficiently and perform its duties as specified by the law? For my part, my answer to both questions is a strong “yes.”

Despite the fact that I support increased funding for IRS, what I don’t support is the possible expansion of the agency’s duties. It is obvious that the administration wants to run a number of its social policies through the agency. There are some proposals in Congress that would result in greater involvement of the IRS in tax filing, which comes with its own problems. In addition, no one wants to see the tax administration arm of the government get involved in politics, such as targeting certain nonprofits as has happened in the past.

As long as the IRS stays in its lane, as outlined by the law, it should have an adequate budget and the staff necessary to function as effectively as possible.

No, a business expense is not just a tax dodge by...