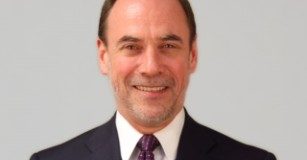 ACCF Scholar Doug Holtz-Eakin: "The Trump administration has just completed "infrastructure week." Though it drew little media attention and produced few details, it's worth considering how it will play into President Donald Trump's overall economic strategy."

ACCF - May 18, 2017
On May 18th, the ACCF Center for Policy Research hosted an engaging discussion on tax reform with Chairman Peter Roskam of the House Ways...

ACCF Scholar N. Gregory Mankiw - March 11, 2017
Michael T. Flynn, who briefly served as national security adviser, gave President Trump at least one piece of excellent advice. According to The Huffington Post, it was 3 a.m. when Mr. Flynn got a call from the president with an important question: Is it good for the economy to have a strong dollar or a weak one? Mr. Flynn, whose background is in the military rather than in macroeconomics, said he didn’t know. He suggested that the president ask an economist. Just so.

Dean of Columbia Business School and ACCF scholar R. Glenn Hubbard writes in New York Times that President-elect Trump could give U.S. economic markets a much needed shot in the arm by closing the door on failed efforts at stimulus and overreliance on monetary policy that have held back growth and aggravated economic anxiety for many households and business people.

With apologies to Ronald Reagan, next year is teed up to be the biggest supply-side-policy year in American history. The expected changes are too numerous to list, but the most economically consequential will be tax reform.

Few things are as important in the quest for economic growth and increased standards of living as capital formation. Delayed business investment is harmful to the US.

ACCF Scholars - August 23, 2014
By N. Gregory Mankiw Published in The New York Times “Some people are calling these companies ‘corporate deserters.’ ” That is what President Obama said last month... 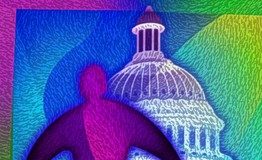 ACCF Scholars - July 17, 2014
By Michael J. Boskin Published in The Wall Street Journal Property rights and the rule of law are essential foundations for a vibrant economy. When they are...
1...456Page 6 of 6
Recent
Tweets by ACCFmedia